All the way from lockdown in the hills of Donegal, today’s blog has been written by our Paul Allen & Associates colleague Rory Sweeney, on the important things we’re all missing in the first four months of the decade. 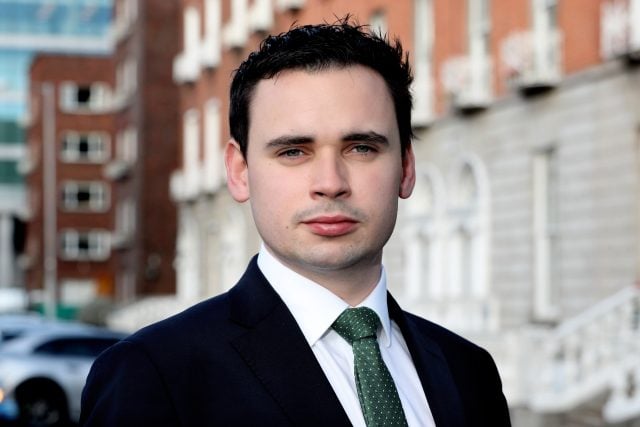 Rory Sweeney is an Account Manager at Paul Allen & Associates

The Brittle Pillars of Our Society

It was before the lockdown that it started to become apparent that the great pillars of Irish society have become brittle, fragile, visibly cracking.

It was only a few weeks into March that we got a chance to do some digging and have a little look at the foundations, and saw that they are built of premium pyrite.

The facts about our life, our politics and our culture have been turned on their head, and while we have heard a lot in the past six weeks about the ‘new normal’, we are still coming to terms with what it means.

It all started with the General Election back in February. Seems like a long, long time ago. Since the foundation of the state and the establishment of Fianna Fáil in 1927, our politics has been dominated by the two big parties. This went up in a puff of smoke on 8th February, when a third party won the most first preference votes for the first time ever. What our new political system will look like, nobody yet knows, but a coalition of Fine Gael and Fianna Fáil was once as unthinkable as every pub in Ireland being closed for two months.

But there you have it, another great pillar of Irish society crumbling in the wind. A lonely can of Guinness is no substitute for the real thing, not only reminding us how nice a properly poured pint of plain on a Friday evening is, but also that the best thing about our pubs is the people we meet and chat with. Our social lives are so dependent on interacting in these steadfast and unchanging establishments that it really does feel like life is on pause without them.

The centrality of the pub in our social lives greatly affects the kind of people we are; friendly, social, funny and filled with the easy-going bonhomie which makes the Irish so popular with the other nations of the world. Social distancing, avoiding contact with friends and family, and the invisible walls that now surround us all is very difficult for Irish people to naturally accept.

Equally difficult for us to accept is separating ourselves from our elderly loved ones. For many, this means the absence of that other pillar of Irish society, the Irish Mammy. Thankfully, Mrs Brown is still on TV.

This is before we even get to sport, and the absence of the early rounds of the GAA Championship season. Up here in Donegal, we’re sorely missing the hang sandwiches, Sunday trips to Ballybofey or Clones and giving out about Pat Spillane on the telly.

Not to mention the other great Irish Sunday institution of sitting in Mass with a raging hangover before popping down to the hotel for the turkey & ham carvery cure.

Back in January, we also thought we were a well-educated country, until the 5G nonsense that was simmering away unseen on social media manifested itself in a bunch of idiots trying to set fire to 4G masts in Donegal. For anyone interested in seeing what happens when morons and lunatics get together on social media, have a look at Mast Watch Ireland on Facebook.

Speaking of morons and lunatics, the growing support for Gemma O’Doherty and John Waters and their ravings against Gardaí enforcing lockdown restrictions shows we’re losing our respect for any form of democratic, legal or judicial institution. The Sinn Fein supporters claiming that Mary Lou McDonald has a greater right to be Taoiseach because she was elected in her constituency on the first count, rather than Leo’s fifth, hammers this point home.

In fairness, a little backlash is always to be expected when an unelected Government introduces sweeping new powers riding rough-shod over our personal freedoms, even if it is the right thing to do.

Its hard to say where things are going to go from here, but in the first four months of this decade we’ve lost our political status quo, our freedom, the GAA, the pub, our social lives, turkey & ham, our mammies, our respect for authority, our intelligence and properly poured pints of Guinness.

I didn’t even know these were the pillars of our society, and I didn’t know they were so fragile, but I hope we get them back.